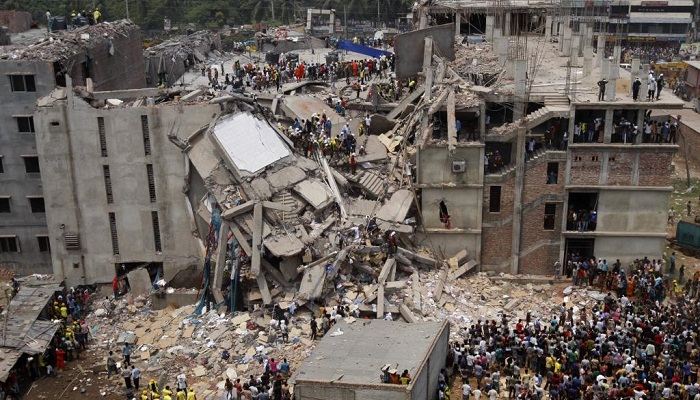 5 Years after Rana Plaza Disaster: Just A Little has Changed. It was precisely 5 years ago this week since the collapse of the Bengali Rana Plaza factory, says Planet Engine.

The garment factories are now safer than in 2013, but the degrading circumstances in which textile workers work and live have not disappeared (for a long time). Fashion Revolution wants to encourage people around the world to ask themselves who made their clothes. This way you also contribute your part.

“Have you ever thought about who makes your clothes? How much do textile workers earn and what their life looks like? Our clothing has come a long way before it ends up in the store. The clothes go through the hands of cotton farmers, spinners, weavers, dyers, etc… 80% of them are women between the ages of 18 and 24. A large proportion of the people who make our clothing live in poverty. This has to change, “explains Fashion Revolution’s co-founder Orsola de Castro.

Approximately 75 million people work worldwide in the fashion and textile industry. Many of them are victims of exploitation, verbal or physical abuse. They often work in unsafe conditions and receive a very low wage. Since the collapse of the factory in Rana Plaza 2013, where 1,138 people died, and more than 2,000 were injured, some things have changed.