BusinessEurope
By Felicity Gibson On Aug 17, 2018 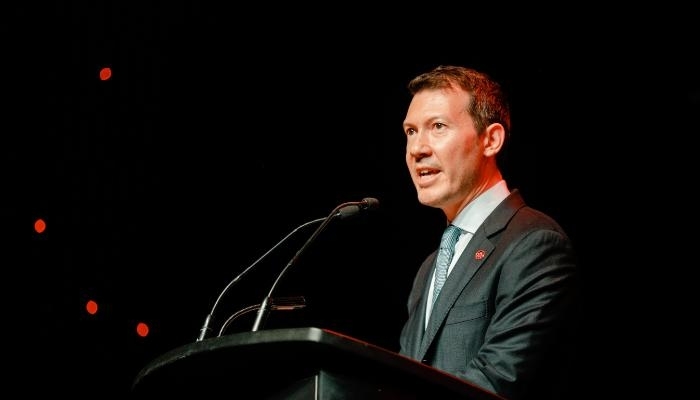 Smith is still working as operational director of the Canadian airline Air Canada.

Smith will join Air France-KLM by 30 September at the latest. He will then have to work almost instantly with the lingering dispute between the group and the French personnel.

The previous CEO, Jean-Marc Janaillac, moved up in May after the Air France staff rejected a wage offer.

The strikes at Air France were delayed until a new CEO was found. The trade unions have already warned that the actions are possible to resume in September.

The company has already cost 299 million pounds in a large number of strikes, as was evident from the half-year figures of Air France-KLM.

The Canadian has expertise in this area. He was also involved in collective bargaining at Air Canada as chief negotiator.

He managed to make a ten-year agreement with the unions for the pilots and cabin crew.

In addition to the operational director, Smith was ultimately responsible for sales, logistics and customer service at Air Canada.

Smith will probably earn more than a predecessor
Smith says he is happy with the chance he gets from Air France-KLM.

He is aware of the fierce competition that the company possibly will deal.

He also says he will do his best to win the trust of all stakeholders.

Also stated that Smith speaks French, which he can come in handy at Air France.

Smith is expected to earn over 2.6 million pounds a year.

His salary is therefore considerably higher than that of his predecessor Janaillac.

Dutch pilots are satisfied
The Dutch pilots union VNV is pleased with Smith’s experience at Air Canada. “But we do not know the best man yet,

so it’s hard to say whether this is the chicken with the golden eggs,” says VNV spokesman Joost van Doesburg.

The union thinks it is especially vital that Smith “social discussion” with the unions and staff.

According to VNV, he should not only talk in this dialogue but also listen.

KLM CEO is also happy with his appointment
KLM CEO Pieter Elbers is pleased that there is now clarity. He looks positively at the cooperation with the Canadian and will be delighted to deal with some issues within the company.

Elbers previously mentioned that the new leadership should focus primarily on solving the problems in France and the group’s strategy.

According to the non-executive chairman Anne-Marie Couderc of Air France-KLM, the appointment of Smith is excellent news for the group.

She praises, among other things, the innovative leadership qualities of Smith.

She also pointed out his record of service with Air Canada.

Dutch Universities Still In The Sights Of Iranian Hackers