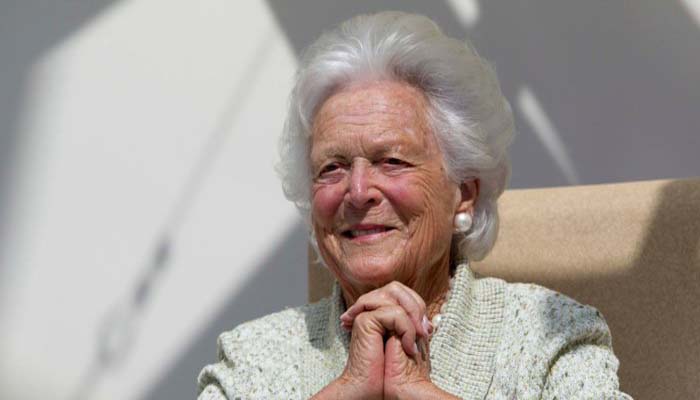 Earlier this week it was already known that Barbara Bush was suffering from a chronic obstructive pulmonary disease (COPD) and heart failure and that she no longer wanted treatment for this.

Barbara Bush was known as the perfect housewife and matriarch of one of America’s political dynasties. Bush is one of two women who were both married to a US president (George H. W. Bush, the 41st, 1989-1993) as the mother of a (George W. Bush, the 43rd, of 2001-2009). The other was Abigail Adams, who was married to America’s second president John Adams, and mother of John Quincy Adams, the sixth president of the USA.

Besides George senior and junior, Barbara’s son Jeb Bush is a politician. Jeb was governor of Florida twice and fought in 2016 for the nomination of the Republican party, which he ultimately lost to Donald Trump. Barbara Bush was not a fan of Trump. She called it “infinite” that people would want to vote for him.

Barbara Bush also had her own political goals. She was a champion of literacy, for which she founded a foundation. She donated nearly $ 800,000 in income from her bestselling book “Millie’s Dog,” about the life of a dog in the White House.

Also, Bush was an advocate for AIDS victims in the 1980s. At that time there were still many misunderstandings about the disease. In 1989 Bush got the newspapers with a picture in which she cuddled a child with AIDS. Many people thought in those days that you could contract the disease through normal body contact. And in 1990 she attended the funeral of Ryan White, a teenager who contracted HIV after a blood transfusion, and who had to fight to go back to school until his death.

In Saudi Arabia the Cinema will Open Again after 35 Years