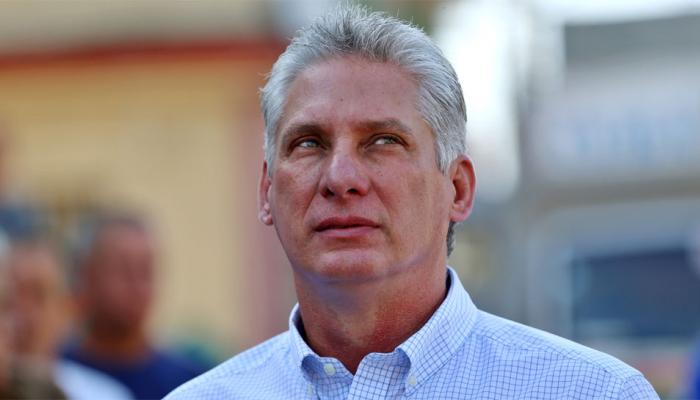 Cuba’s First President after the Castro Era. The election of the new Cuban president on Thursday marks the end of an era. 86-year-old Raul Castro will pass the torch to the first Cuban president in six decades without the name ‘Castro.’

The successor to elect the parliament is probably the current vice president Miguel Diaz-Canel. The election of the 57-year-old Diaz-Canel symbolizes the takeover of younger leaders, who replaced the bearded guerillas led by Raul Castro’s brother Fidel. They overthrew the regime of the corrupt dictator Fulgencio Batista during the revolution of 1959.

Raul Castro temporarily took over power when the health of his brother deteriorated in 2006, but in 2008 he became president. Eight years later, Fidel died at the age of 90, written by Week News.

Although Diaz-Canel belongs to the post-revolutionary generation, he is seen as a man of the regime, a faithful communist who patiently rose up in the party lines. There was consensus to elect him as successor to Castro. “I can not imagine breaks in our country. I think that there should be continuity, especially “, said the politician, who is known as a pragmatist, last year.

The Cubans themselves show little interest in the new president, wrote blogger Yoani Sanchez. He describes the election as ‘a process to be sure that nothing will change.’

Even if the new leaders are not happy with the change, they will have to improve Cuban’s living standards significantly to consolidate their power, analysts say. “Unlike its predecessors, who claimed power thanks to their revolutionary family tree, Diaz-Canel will have to earn his legitimacy from his achievements,” said Cuba expert Marguerite Jiminez in Foreign Affairs magazine.

Great Challenges
The new president faces significant challenges. That way he has to revive the economy. It shrank by 0.9 percent in 2016 and grew barely 1.6 percent last year. Cuba, with an average monthly wage of about 30 dollars, is still one of the poorest countries in the region. The growing economic crisis in Venezuela, an ally of Cuba, weighed on finances.

Also, US President Donald Trump is boosting economic pressure on Cuba. He tightened travel and trade restrictions again, after his predecessor Barack Obama had done the opposite.

Cuba has to attract $ 2.5 billion annually in foreign investment in tourism, one of its main sources of income, and other sectors to boost the economy estimates the government.

But Diaz-Canel will have to compromise between different opinions within the Communist Party about how that growth should be stimulated. One possibility is an expansion of the private sector. It already employs more than a third of the active population, says human rights organization WOLA in Washington. A strong increase in tourism is responsible for this.

Two Coins
Together with a growing private sector, social inequality also increased. But that also has to do with the dual monetary system in Cuba, which has an ordinary peso and a convertible peso (CUC), linked to the dollar. Anyone who can lay their hands on hard currency through family members from abroad or through the tourism sector has access to more and better products in the tourist shops that make use of the CUCs.

Diaz-Canel is responsible for making the two currencies one. The measure has been planned for years, also because investors see the dual system as a hindrance. ‘Raul Castro leaves a stable but fragile system with serious sustainability problems,’ says political scientist Arturo Lopez-Levy.

Also, there is the issue of free speech, which is still small. Many Cubans still refuse to talk about politics in public. Diaz-Canel already suggested that he wants to give the Cubans more access to the internet.

But whatever changes the new president wants to make, he will have to take into account the opinion of Raul Castro. It continues to lead the Communist Party and retains influence in the army. This does not have to be a disadvantage for reformers, as Castro himself has undergone a series of reforms and he can keep the conservative old guard in the party in check, analysts say.

King of Swaziland Changes the Name of his Country to eSwatini