Erdogan Seems to be Re-Elected in Turkey in First Round

TurkeyAsiaNews
By Michael Nicholas On Jun 24, 2018 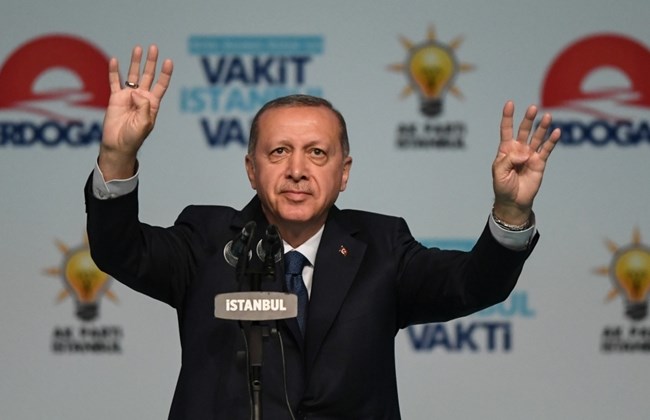 Erdogan Seems to be Re-Elected in Turkey in First Round. Turkey has gone to the polls for a new parliament and a new president. As expected, it looks good for Recep Tayyip Erdogan. The current president seems sure to be re-elected in the first round.

More than fifty million Turks today voted for a new parliament and a new president. There is probably a record rise of more than 85 percent.

The elections were mainly about Erdogan, who has had the influence in Turkey for 16 years. Now that he also seems to be winning these elections, his power is poured into concrete, says correspondent Olaf Koens. “After last year’s referendum, the law has changed, and after these elections, it can almost rule by decree.”

Earlier on the election day, Erdogan underlined the importance of the ballot box. “At the moment, Turkey is going through a democratic revolution with these elections,” said the head of state.

Koens underlines that these elections were not free. “The media is in the hands of Erdogan, and political opponents are in prison.” Why so many Turks vote for Erdogan? “Make no mistake about the rhetoric of this man sticking with many Turks.”

Despite this, the opposition also got a decent footing, says Koens. The results continue to drip throughout the evening.

Saudi Women for the First Time Behind the Wheel