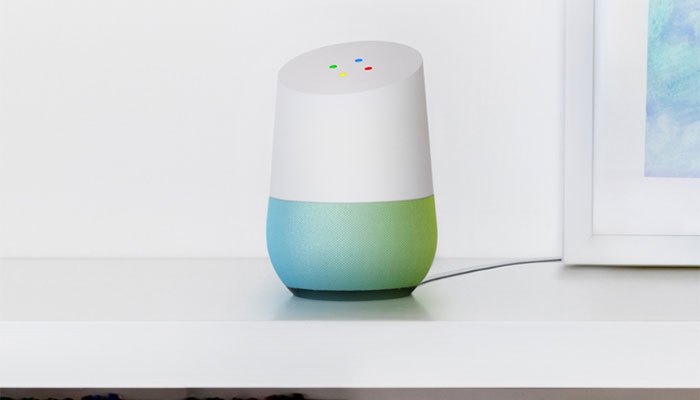 Google announced this on Tuesday evening during the I/O developer conference.

The Google Assistant is a virtual assistant that is already available on different smartphones. In the United States, many manufacturers also market a speaker with smart assistants,

such as Google with its Home speaker. By the combination of the virtual assistant these devices called ‘smart speakers’.

In February, Google announced that his assistant is going to speak Dutch this year. When that happens correctly, it is not yet known. It was also not clear whether the Home-speaker would also receive direct support for the Dutch language.

Google announced at its developer conference I / O that his assistant first speaks Dutch on smartphones and that the Home-speaker is only later this year.

When the support for the Dutch language added, the company did not yet announce.

The Google Home speakers came on the market for the first time at the end of 2016 but never sold in the Netherlands.

Google showed all kinds of new applications in its apps and services. In this way, Google Assistant will have the opportunity to have smoother conversations with the user in the coming weeks.

Users can respond to answers from Assistant without saying “Hey Google” every time.

Google is also working on the way to add more votes to Google Assistant more easily. Now voice actors have to record many hours of material, so that generated text sounds natural.

The new method suffices for a few hours of voice recording. That is why the English version of Google Assistant will soon receive the voice of singer John Legend as one of the possible options.

Independent calling
Google also showed that it is working on a method whereby Assistant can independently make full phone calls. But this feature is not yet ready for use, but Google is already well advanced.

As an example, Google showed a conversation with a hairdresser. The user asked Assistant to make an appointment, Assistant then called a barbershop independently and made the appointment.

The hairdresser on the line did not notice that she was talking to a computer, because Assistant makes original sentences and sometimes says “uh”.

Photos
Google Photos gets new features with artificial intelligence. The photo service gets better in, among other things, the automatic improvement of underexposed photos.

Photos can also recognise black-and-white pictures and colour them independently. When users take a photo of a document, Google Photos accepts that, and the material on the photo is automatically cut to size and converted into a PDF file.

Automatic Responses
Gmail gets a way to predict what users are going to type automatically. The service then looks at the context of the message the user responds to and can already predict what the full sentence will be after a single word.

Users only need to press the tab to set up e-mails very quickly. The function will be rolled out in Gmail the coming week but is not yet available in Dutch.

Also new is the ability to type with Morse code in keyboard Gboard, available for both Android and iOS. This method has been developed for people with a physical disability, so that people who can not talk or type can still type using, for example, head movements.

Google News
Google Assistant for both Android and iOS will also receive a visual update in the coming weeks. Assistant will make more use of the screen space of telephones, by showing more images and text in matters that users ask the assistant.

Google will also release its new Google News app next week. The self-learning app provides users with news stories from all over the internet, based on the preferences of the reader.