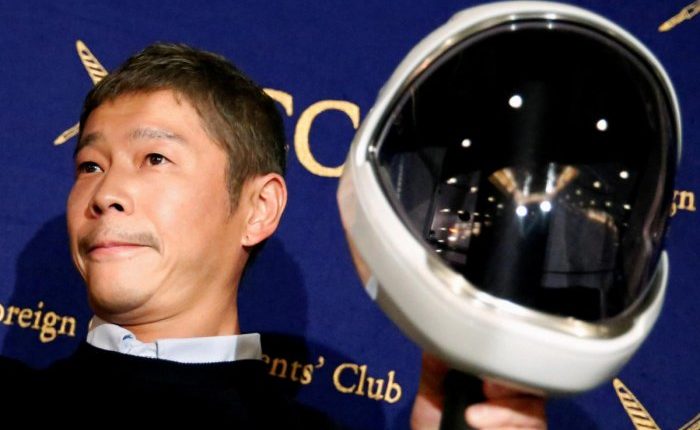 Japanese Billionaire Rejects 27,000 Women at the Same Time. The Japanese billionaire Yusaku Maezawa is no longer looking for a friend to fly to space.

He was the centre of a particular TV program, a kind of “Astronaut Seeks Woman,” but he has now withdrawn from it. More than 27,000 women had signed up to join him. Maezawa has apologised.

Maezawa (44) has three children from two previous relationships. Recently he is single again. That is why he participated in the dating show, but now he says that he kept having mixed feelings.

Maezawa is the man behind a sizeable Japanese fashion webshop. His assets are estimated at around 2 billion dollars. He bought a space trip at SpaceX, Elon Musk’s space company.

He is supposed to fly around the moon in a rocket around 2023 and then return to Earth. Maezawa can take around six passengers. The chosen woman would be one of them, and the trip would be made into a documentary.

Among other things, the participating women would have had to complete a questionnaire to be linked to Maezawa. There were questions like “When he leaves wind in your presence, how would you respond?”

Fighting at the Spot Where the Aircraft Crashed in Afghanistan

The Chinese Stock Market Lost Eight Percent Due to Coronavirus