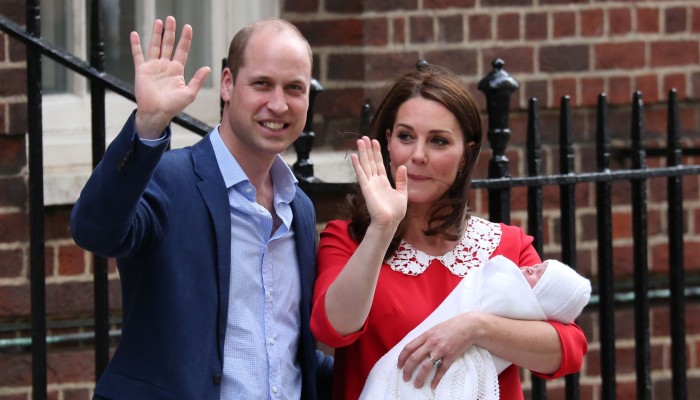 Kate Middleton is Fresh Just After Couple of Hours Baby Birth. Kate Middleton’s star team can take a sigh of relief now that Royal Baby 3 is healthy and the Duchess looked like a ring. Barely five hours after giving birth, Kate walked out of the hospital as if nothing had happened, says Down Town News.

Kate (Catherine Middleton) shone in front of the doors of St. Mary’s Hospital in London, the hospital where Prince George and Princess Charlotte were born, with her couple of hours old baby on her arm and her proud husband next to her.

The red dress that the brunette wore was not quickly scooped out of her wardrobe. About the ‘birth outfit’ of a female member of the British Royal House is always well thought through because the photos go all over the world. A color chart is used to choose a color that suits the skin.

In the case of Kate is known that she would like to bring an ode to Williams mother, the late Princess Diana. Yesterday too it was hit, because, before the birth of her second son Prince Harry in 1984, Diana chose a red creation. If you put the photos next to each other, you will see that Prince Charles, Diana, and little Harry were placed in the same way in front of the hospital gate.