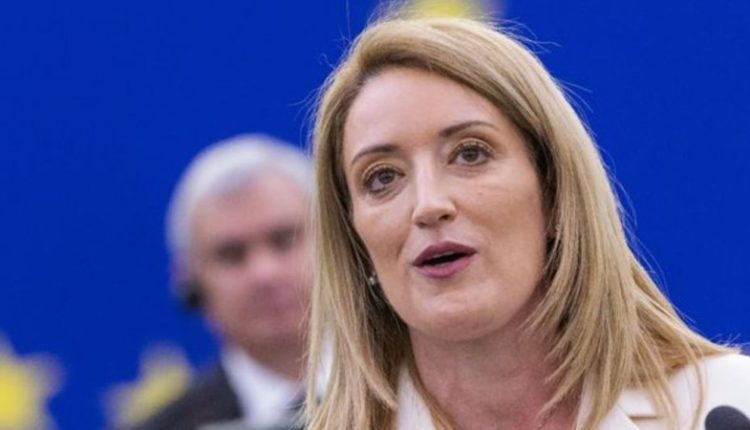 Roberta Metsola, 43, is the new President of the European Parliament. The conservative politician from Malta was elected on Tuesday in Strasbourg with an absolute majority of 458 of the 616 valid votes.

Roberta Metsola has been a member of the European Parliament on behalf of the Christian Democratic and Conservative European People’s Party (EPP) since 2013. On her 43rd birthday, the lawyer by training becomes the youngest person ever to lead the European hemisphere. It is also the first time that someone from the small Member State of Malta has won a top European position.

In addition, Metsola will become only the third woman to take the gavel in Strasbourg after Simone Veil and Nicole Fontaine. Only female candidates remained after the Polish conservative Kosma Zlotowski (ECR) withdrew his candidacy in extremis. However, Sweden’s Alice Bah Kuhnke from the Green Group and Spain’s Sira Rego from the Far Left Group had to settle for 101 and 57 votes.

Metsola follows in the footsteps of David Sassoli, who passed away last week. However, the succession has no connection with the sudden death of the Italian Social Democrat. His mandate came to an end this week. After the 2019 European elections, the three largest political groups in the hemisphere had already agreed that the presidency would go to the European People’s Party (EPP) in the second part of the legislature.

The President directs the work of the Parliament, presides over the main debates in the plenary and monitors compliance with the Rules of Procedure. They also represent the hemisphere in relations with the other European institutions. For example, at the beginning of the summits of heads of state and government, the chairman explains the positions of the Parliament.