JapanNews
By Michael Nicholas On Jul 8, 2020 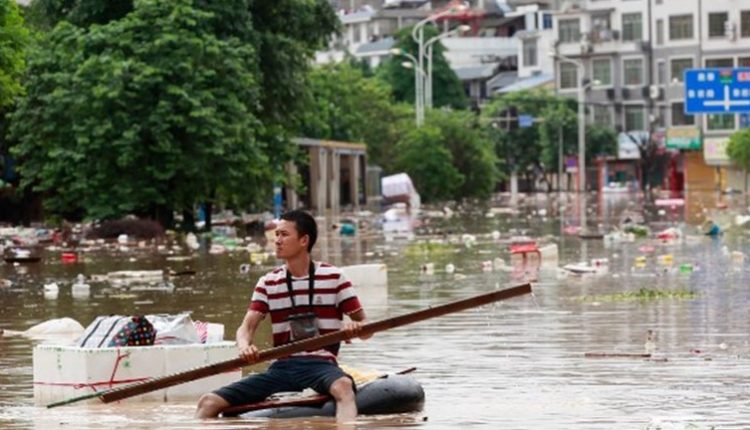 At least 58 people have already died on the southern Japanese island of Kyushu due to floods and landslides.

Many homes and roads have been destroyed, and the government plans to evacuate 3.6 million people from the area.

The regions around Fukuoka and Kumamoto on Kyushu Island have been particularly hard hit, as have Nagano on the neighbouring main island of Honshu.

Streams of water and mud have left a trail of destruction reminiscent of wartime conditions. A coastal road has partially sunk into the ocean, and indeed, a truck has been dragged along by it.

Officially, at least 58 people have already died in flood, but that number can still rise. At least 14 people are missing. Moreover, it continues to rain heavily, and there are more and more landslides.

The government has deployed tens of thousands of military personnel, but aid is made more difficult because many roads have been washed away. The government wants to evacuate 3.6 million people from the disaster area, but that is not mandatory.

Such floods are more likely to occur in early summer when warm air from the East China Sea reaches southern Japan. Kyushu is very mountainous, and the lower areas are very quickly underwater or mud coming off the slopes.

In July 2018, southern Japan suffered more than 200 deaths from similar flooding, most of them near the well-known city of Hiroshima on Honshu.