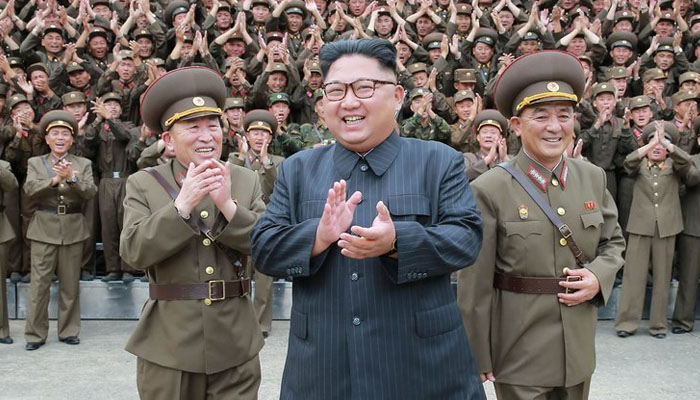 Nuclear testing infrastructure will also be closed in the north of the country, the South Korean news agency Yonhap reported on Friday night, based on the state-controlled North Korean agency KCNA.

“From April, North Korea will stop its nuclear tests and the launch of intercontinental ballistic missiles,” writes KCNA. The closure of the nuclear infrastructure must be proof of the will to stop the nuclear tests.

According to the report, the Central Committee of the North Korean Workers’ Party took the decision. It is also suggested that the country will set a new political course. The internationally isolated country wants to focus more on the development of the economy, which is weakened by, among other things, international sanctions.

The South Korean government welcomed the decision and spoke of an important step towards denuclearization of the Korean peninsula. The Japanese government reacted skeptically. According to government leader Shinzo Abe, care must be taken to ensure that ‘the program of nuclear weapons and weapons of mass destruction is abandoned verifiably and irrevocably.’

The tensions on the North Korean peninsula, and the North Korean nuclear tests and missile tests that accompany them have for many years been one of the most important international political crises. In 2017 the situation worsened after North Korea had repeatedly tested missiles.

In early September it carried out another nuclear test, in spite of UN resolutions. Kim and US President Donald Trump insulted and threatened each other, and made fun of each other. There was fear of an escalation of the conflict.

But recently the US and North Korea are looking for a rapprochement. Wednesday it became known that Kim received CIA boss and future foreign minister Mike Pompeo. There is also a summit planned between Kim and Trump. Coming Friday, South Korean President Moon Jae-in and Kim will meet at the third Korean summit in Panmunjom.

Under international law, there is still a state of war on the Korean peninsula. The Korean War from 1950 to 1953 ended with a cease-fire. A peace treaty is still not there.

Brexit: May Suffers Painful Defeat by a vote in the House of Lords

Diagnosis Gives Hope for Robben to Return in Madrid