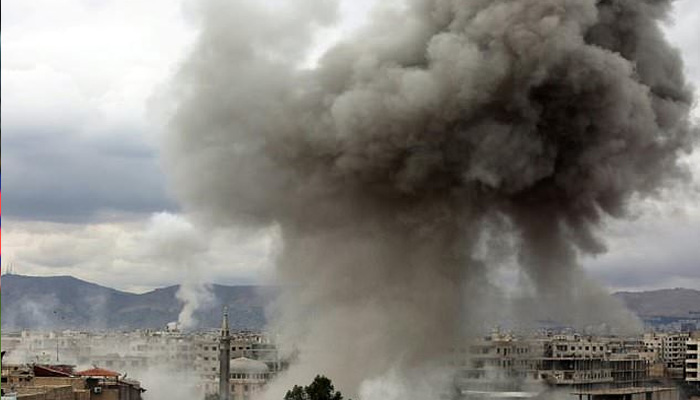 Possible Air Attacks on Various Targets in Syria. Several military targets in Syria would have been bombed with missiles on Monday night. According to unconfirmed reports from the Syrian media, Israeli planes would have carried out the attacks. Syrian military sources deny the messages.

Both Israeli and Russian media site reports from the state-controlled press agency SANA and Syrian television. They report that, among other things, targets have been attacked in the periphery of Damascus and near Homs. The Syrian anti-aircraft drew several missiles down, it sounds.

Syrian military sources deny the messages. The sources say that the Syrian air defense was activated, but that the false alarm turned out, said by CNN News.

Including the military air base of Shayrat in the central Homs, the government would have been attacked. A year ago, the United States Army attacked all this base in response to a suspected poison gas attack with dozens of deaths in the city of Khan Sheikhoun. Experts from the United Nations then held the regime of Syrian President Bashar al-Assad responsible for the attack.

Last weekend, the United States, Great Britain, and France attacked targets in Syria in retaliation for a new suspected poison gas attack in the city of Douma. In their own words, they focused on infrastructure for the production and storage of chemical weapons. There are no official messages about the new attacks. The Israeli army basically gives no information about such accusations.

G7 Calls on Russia to Make its Novitsjok Program Public