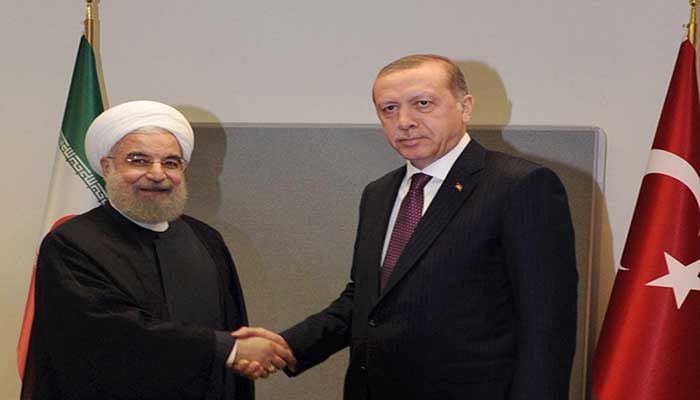 Turkey Continues to Cooperate with Russia and Iran after Western Attack on Syria. Turkey will continue to work with Iran and Russia to come to a solution for Syria, despite disagreements about the attack by the West after the alleged use of chemical weapons by the Syrian regime, reports Press Cube.

That confirms Turkey. President Recep Tayyip Erdogan and his Iranian counterpart Hassan Rohani stressed the importance of a continuation of the joint efforts of Turkey, Iran, and Russia to ensure the territorial integrity of Syria and to find a lasting political solution to the crisis “according to Turkish sources.

Disagreement
The leaders of the three countries agreed at a Summit on 4 April in Ankara to work together to a sustainable cease-fire in Syria.

But the unity they showed at the time seemed to have been damaged after the retaliatory attack on April 14 by Washington, Paris, and London because of the presumed deployment of chemical weapons by the Syrian regime. Turkey regarded that attack by the West as a ‘proper’ response, while Russia and Iran continued to support the Bashar al-Assad regime.

Turkish President Erdogan reiterated Tuesday that Turkey’s position on the use of chemical weapons is clear, but stressed the importance of not increasing tensions.

It was the French president Emmanuel Macron who said Sunday that the Western attack caused a break between Turkey and Russia in the file. But Ankara immediately said that Macron’s words would not care for that.

American Foreign Minister would have Spoken with Kim Jong-Un