MauritiusNews
By Michael Nicholas On Dec 27, 2021 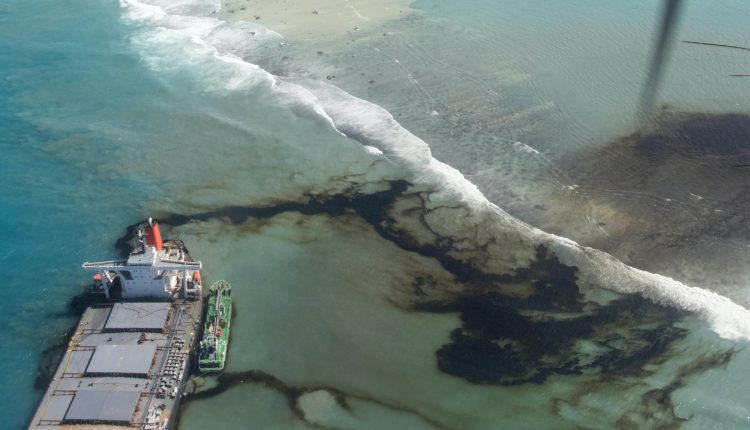 The captain and deputy of the Japanese ship MV Wakashio have been sentenced to 20 months in prison. The court has reported this. The ship caused an oil spill off the coast of Mauritius last year.

“The court took into account that the two defendants pleaded guilty and have apologized,” said Judge Ida Dookhy Rambarrun.

The Japanese tanker ran into a reef on July 25, 2020, causing more than 1,000 tons of oil to leak into the waters around the island.

Indian captain Sunil Kumar Nandeshwar admitted at trial that he drank alcohol during a party on the ship. He was found guilty, along with his deputy from Sri Lanka, Hitihanillage Subhoda Janendra Tilakaratna, of “endangering shipping traffic safety”.

The MV Wakashio, which sailed under the Panamanian flag, was en route from Singapore to Brazil with 3,800 tons of fuel oil and 200 tons of diesel on board. Those fuels soon started leaking into the water, but most of it could be pumped out.

The oil spill was the worst environmental disaster in the island’s history. The azure blue coast and the coral reefs of Mauritius attract many tourists every year. Unfortunately, the oil damaged important ecosystems and caused the coast to turn pitch black.

US to Offer More Help with Ukraine Border